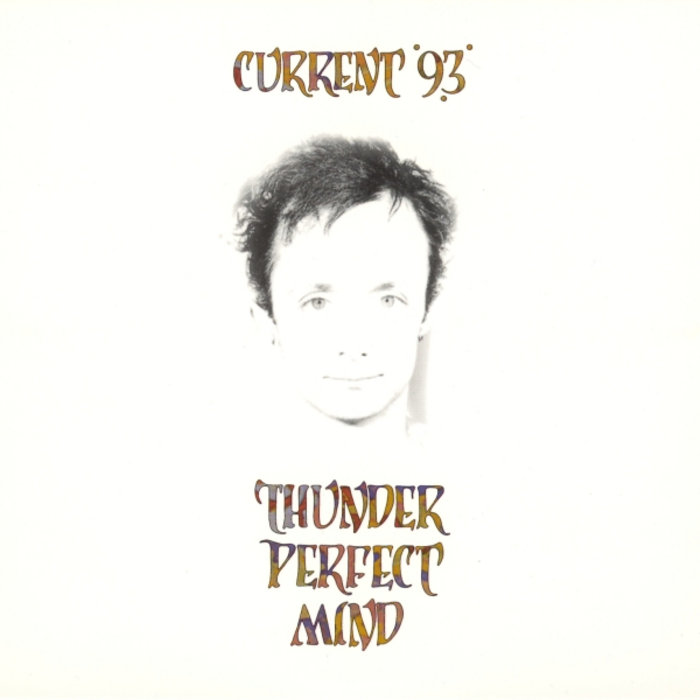 Apocalypse Devotee This album is a turning point in my life at 21 years old 30 years ago. It was an assistance into a deeper vision of Reality. I have not looked back.

TheDoomDiver161 This is one of the first albums I listened to while getting into neofolk. Fell in love with Current 93 shortly after. This is an essential album for any neofolk fan anywhere! Favorite track: A Song For Douglas After He's Dead.

VUKARI This album haunts. Current 93 may be the most woefully under-known band in history. Dark folk from the input of many great artists and Tibet's poetic and lyrical wizardry made for a special moment in recording history. The music herein is beautiful. Favorite track: Hitler As Kalki (SDM).
more...

Out-takes from the Thunder Perfect Mind sessions, except * recorded live in Amiens, 15 XII 1990

All music written by Current 93 except 'When The May Rain Comes', which was written by Sand and performed on their superb Golem album, later reissued by United Durtro as Ultrasonic Seraphim.

All lyrics by David Tibet except for the afore- mentioned track and the words for 'Thunder Perfect Mind' the words for which are taken from the text The Thunder: Perfect Mind in the Nag Hammadi Codices. This album was mixed by Steven Stapleton, engineered by David Kenny and produced by Steven Stapleton, David Tibet and Michael Cashmore at Topic Studios, London between September 1990 and February 1992. Cover photograph of David Tibet and Karl Blake by Ruth Bayer. Colour paintings by David Tibet. Cat Drawing by Louis Wain. Statue of Kalki supplied through the kindness of Simon Norris.

The Thunder: Perfect Mind:
Tracks 1 to 8 were recorded during the Thunder Perfect Mind sessions but were left off the original album due to lack of time or because they were an alternative mix that we felt did not fit. All these tracks subsequently appeared on the Emblems and Calling For Vanished Faces compilations, with the exception of 'Red House'. The personnel on these songs is as for the studio album; Rose McDowall is the lead vocal on 'In Sadness Sang'.

Tracks 9 to 13 were recorded at a live show at La Lune des Pirates in Amiens, France on 15 December 1990, and were previously released on the album As The World Disappears... This was the first time that songs from Thunder Perfect Mind were played live. The line-up was David Tibet, Michael Cashmore, Joolie Wood, James Malindaine-Lafayette, and James Mannox.

Love and thanks to all those who helped with this album. This album is dedicated to Shirley Collins. Especial thanks to Michael Cashmore, Steven Stapleton, Andria Tibette, and Paul Jackson. This album was mastered by Denis Blackham at Skye Mastering.

This is the great wheel of birth and death. Tie it up and make of it the True Love Knot. May all be happy. God is Love. David Tibet, August 21, 2003.

"The Learned, who strive to ascend into Heaven by means of learning, appear to Children like dead horses, when repelled by the celestial spheres."
William Blake, from A Descriptive Catalogue Of Pictures..., 1809.