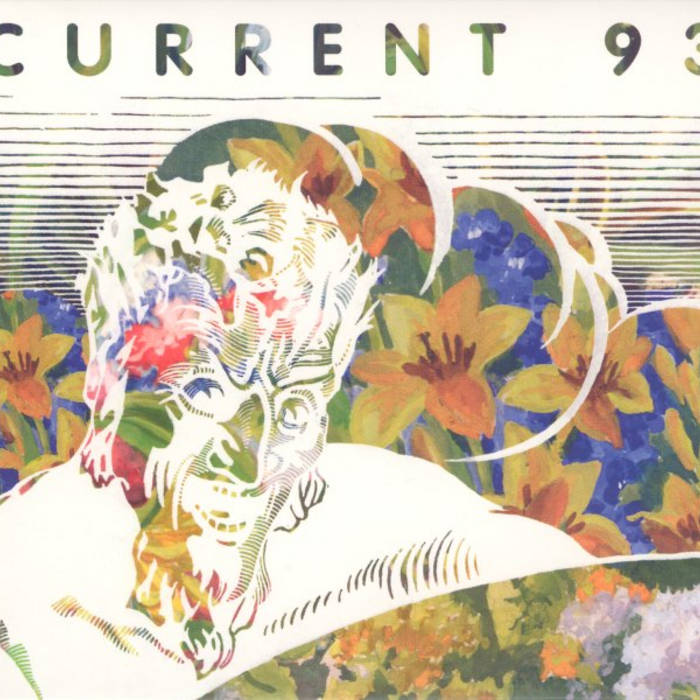 This CD brings together the studio material from the Looney Runes release, and all material from Lucifer Over London, Tamlin and Misery Farm titles. Tracks 1 and 2 are from Looney Runes (Durtro 004), originally released on vinyl and CD in 1990; I have removed the live material recorded in Tokyo in 1988 as I do not wish to listen to it ever again. Tracks 3, 4 and 5 are from Lucifer Over London (Durtro 019), released on vinyl and CD in 1994, and recorded whilst we were making the album Of Ruine Or Some Blazing Starre. Tracks 6 and 7 are from Tamlin (Durtro 025), released for Hallowe'en 1994; there were 2000 numbered copies of the 12" and 3000 numbered copies of the CD. The cover painting for the original issue, Arboreal Cult, was by Austin Osman Spare. As I no longer own this painting I have removed it from the artwork. Misery Farm (no Durtro catalogue number, though the pressing plant's manufacturing code was 33839/2) was recorded during the sessions for Lucifer Over London and was a cover of the English music hall classic song by Tommy Handley. 626 copies were made and it was sold at the shows by Current 93 at their three evenings in 1999 at the Tonic Club in New York City. All these items are now deleted. All music and lyrics © David Tibet/Current 93/Michael Cashmore/whoever/whenever except where noted. Sleeve design by David Tibet and Paul Jackson. All flora and most line drawings by Louis Wain from paintings by him in the collection of David Tibet. Drawing of Lucifer by TM of Antwerp. Looney Runes and Merrie Malaise paintings by James Mannox from an idea by David Tibet. Cut by Denis Blackham at Skye Mastering. Thanks to World Serpent.

Specific details of the group members are to be found after the relevant songs and sections, in the notes that I wrote at the time of the original release.

'Panzer Ruin' and 'That's All, Folks' were remixed by Steven Stapleton from the track 'Panzer Rune' on the album Swastikas For Noddy. Current 93 were not, on this song, David Tibet, Douglas P., Tony Wakeford, Rose McDowall, Freya Aswynn and Steven Stapleton. Lyrics traditional. Engineered by Colin Potter at ICR Studios, Tollerton, York.

'Lucifer Over London' Parts I and II were inspired primarily by the short story 'The Tower of Moab' by Leslie Allin lewis (1899-1961), found in his superlative collection Tales Of The Grotesque, (Philip Alan, 1934; Ghost Story Press, 1994 and 2003), although the idea and the images in the song are primarily my own. Vocals-David Michael Tibet by the Grace of God, and John Balance by the Grace of Austin Osman Spare and the Zos Kia Cultus. He thanks the Gods that be he sees Himself as no other seeeh him. I thank God that I do. Guitars, bass, tambourine - Michael Cashmore by the Grace of Gnoddy. Second guitar - David Kenny by the Grace of Energy. Black Sabbath - Nick Saloman by the Grace of the Bevis Frond. This song is dedicated to my dear friend Richard Dalby, who delves still. 'Sad-Go-Round' was written by Tony (TS) McPhee, and appeared on the Groundhogs' Solid album in 1974. Acoustic guitar and bass - Michael Cashmore. Lead guitar and electric dulcimer - Nick Saloman. Vocals - David Michael. This song is dedicated to Rosemary Pardoe, the editor of Ghosts and Scholars, my favourite magazine.

'The Seven Seals Are Revealed At The End Of Time As Seven Bows: The Bloodbow, The Pissbow, The Painbow, The Faminebow, The Deathbow, The Angerbow, The Hohohobow' was written as a sequel to John Balance's introduction to Coil's Horse Rotorvator album. Once I looked at the starres and they were all blood. This song is dedicated to the Soul of my beloved and most dear cats MAO and RAO who are dead by the Grace of the LordNothing and sleeps, I pray, in Louis Wain's paradise - bounce the ball still Maoma and Raora...I slept I dreamed I dreamt a dream and He still lived. Sometimes I sit alone in my room and stare out of the window beyond beyond and beyond; Christ dances around and around the sun, but it does not stop its circling and neither can I. Vocals - David Michael. Acoustic guitar, bass, melodica and glöckenspiel - Michael Cashmore. Sheep Ventilator Guitar and Secret Weapon - Steven Stapleton.
All tracks mixed by Steven Stapleton, engineered by Davdi Kenny and produced by Current 93 and Greg Orion Chance. © Durtrohoho 1994. 'Sad-Go-Round' by Tony (TS) McPhee, (p) Heat Music, arranged by Current 93.

"The biggest danger, that of losing oneself, can pass off in a world as quietly as if it were nothing; every loss, an arm, a leg, five dollar, a wife, etc., is bound to be noticed." Kierkegaard, The Sickness Unto Death 1849.

'Tamlin' is a traditional folk song from the British Isles, and Current 93 has adapted one of it's many settings for this recording. Our version was specifically influenced by the greatest version of the song, sung by Anne Briggs. For me, the song reveals that true love finally conquers all, even hell itself. 'Tamlin' traditional/arranged Current 93.

Current 93: in the garden they sat with Puck or Pan or Gog or Magog or something too real to believe or to believe in: David Tibet - vocals; Michael Cashmore - guitars and bass; Steven Stapleton. Mixed by David Tibet and David Kenny. Engineered by David Kenny. This was recorded at the Simmel Acres Farm Studio in the village of Randalls; our thanks to the staff at the Flaming Hand Inn who so generously showed us some of their customs and dances. My thanks redriverrun to: Starspace, John Balance, Paul Cheshire, Shirley Collins, The Venerable C.R. Lama Rinpoche, Richard Dalby, Tiny Tim: they have al helped me in many and different ways.

'How The Great Satanic Glory Faded': It details how Lucifer and Lucifera in their male and female forms appeared to me as they lamented their Fall from Heaven. Current 93 once when they were young oh once when they were so young: David Michael Tibet - vocals; Michael Cashmore - acoustic guitars, bass and whistles; Nicholas Saloman - electric guitar and electric dulcimer; Steven Stapleton - he has the whole wide world and a snakehorn in his hands. Mixed by him too. Engineered by David Kenny. Tibet laughed in the corner. My thanks to Mr. Tim for his permission to reproduce this brief extract from our conversation of September 7, 1994.

Terrify not man, or God shall terrify you. "Love knocks and enters, but knowledge stands without." - The Cloud Of Unknowing Thus I wash the Stinking Gnoddo, and have become , almost, as pure as snow.

'Misery Farm': Current 93 treading the boards were: David Tibet, Michael Cashmore, Barry McCarus, Steven Stapleton, Joolie Wood. Recorded during the Lucifer Over London sessions, and rescued from the bin for a new York release. The old grey mare is dead.